Like many capital cities London is “different” – compared to the rest of its nation.  London is busy, vibrant, crowded, prosperous, the seat of Government, the home of the Monarchy, the financial engine, the centre of media, design and fashion and the base to many international and national organisations.

Welcome to the Great Metropolis!

From being the largest city in the world in 1800 and 1900 London is now 25th in population size with Shanghai at 24m, Beijing at 22m, Cairo at 20m etc. (this clearly illustrates the explosion in world population and moves to urban areas).

Projects and Project Management are all around the world. Locations by cities, regions countries all have their outlooks; cultures, histories, facilities and stories to tell when it comes to projects and project management.

London is the subject of this collection and, as may be seen, it has unique, extensive, diverse situations and characteristics. Everywhere else in the world in also unique! We need to know about them; and they need to celebrate themselves.

These other locations will have their own authors, advocates, ambassadors and enthusiasts – young and old – experienced and setting out – with their own approaches, opinions and languages – digitally foci and emphases.

However they are still likely to wish to engage and encourage all those wishing to learn, live, work or pass through their location with project and project management interests, needs and outlooks – as locals, residents and from further afield.

This network of ‘PM by location’ is growing.

We would be pleased to provide links to other similar sources on similar themes.

And best wishes for ‘London’ to all authors, editors and contributors for your locations around the world.

London continues to be international and cosmopolitan as may be seen from the organisations with bases in London, the variety of cuisine and catering, the 20 million visitors per year from all over the world – including quite a lot of project managers.  Disraeli stated “London is a nation, not a city” – reflecting its size, cosmopolitan composition and diversity.

However a capital city such as London is not wholly representative of the whole nation – and this also applies to the projects and project management.  Certainly other regions and cities in UK have their own histories, achievements and attributes when it comes to projects and project management.  These too are also worthy of appreciation and celebration by local PM specialists, communities and inhabitants; plus deserving of promotion to potential visitors, tourists, workers and students.

There is always ‘However’

There is plenty to dislike about London. There always has been. But it is usually outweighed by the likeable – except for the real disasters. And the interesting thing is that much that is dislikeable changes or is resolved or diminishes in its priority of dislike ability.

The cosmopolitan nature of London may be seen as starting with the Romano British who were mainly local Celts who took up Roman cultures and lifestyles within an international (well European) trading port influenced by people from the Roman empire and not those just from Rome; followed by Saxons, Jutes, Vikings, Norman invaders, Jewish traders, Hanseatic merchants, Lombard bankers, Huguenot refugees, Irish workers, Commonwealth immigrants after Second World War and continuing from Europe and the rest of the world; and frequently in more than one generation or period. This welcoming cosmopolitan outlook may be reflected in the London vote to remain in EU rather than for Brexit.  Many first generations might have particular trades or skills; second generations may concentrate in particular areas and later generations may be assimilated and disseminated across the capital and the nation.

Filling in the gaps

The early growth of London has been described as “two cities with many villages”. Each of the cities has had a different purpose with their own cathedrals. There is the City of London within the Roman wall, “London Bridge” and a trading port all to the east, and Westminster for religion and government all to the west at another ancient river crossing. The villages, farms and hunting grounds with open countryside nearby and between were places such as Chelsea, Kensington, Lambeth, Highgate, Mayfair, Belgravia, Greenwich and many more now incorporated into the metropolitan area. There are over 770 places to live, work and play in London as page 38 in “The Information Capital” by Cheshire and Uberti.  Many have retained individual characteristics and committed inhabitants – sometimes enhanced by football loyalties. It is useful to understand this geographical layout; how the Strand and then the Embankments  linked the two cities; how the roads and surface railways radiate without really penetrating the old city; how districts have changed in functions, fortunes, ownerships and prosperity.

Projects are all round us – globally and certainly in UK.   Projects make a significant contribution to the gross domestic product – including in UK.  This digital initiative and collection of material endeavours to identify some of the popular, and some of the less-well-known, features of projects and project management – in London – from the past and up to the current day.

For these purposes the London is defined as a combination of the area covered by the thirty two London Boroughs plus the City of London, the space within the M25 road system and an hour’s travel time from the centre (which for road mileage is measured from the roundabout with Charles 1 statue just south of Trafalgar Square – not quite Charing Cross.)

An extended commuting time of over an hour will reach along the South Coast, out to East Anglia, include the Midlands and down the Thames Valley towards the West Country and South Wales.

Place in the World

In surveys of cities in the world London usually comes out well. In the Time Out global survey it is 5th of thirty two when assessing food, drink, culture, friendliness, affordability, happiness and liveability. London is good on culture, eating and happier than might be expected. However, it is lower on liveability – with most stress and longest commutes in Europe; plus poor affordability. Conde Nast rates London 13th in the world, the independent 5th and Lonely Planet 5th.

Of the top ten cities in the world for University Students London comes out first with free museums, easy access to cultural landmarks, diversity and willingness of graduates to remain after graduation. Although for affordability alone it would rank 113th.

The timeline for project purposes in London starts with the Romans, passes through various epochs and revolutions (agricultural, industrial, civil, housing, social, military, media, energy, communications, fashion and hairstyle revolutions), including three Olympics ( in 1908, 1948 and 2012), right up to today and moving into a still changing future – not forgetting that change is largely unpredictable. During this timeline in London there have been amazing incidences of famine, fire, frost, plagues, war and civil rebellion.

To assist with finding and confirming locations of places, buildings and facilities post codes are provided in the texts.  The numbering of post codes does not follow concentrically from the centre; they follow the previous alphabetical sequence in each area.  This can be confusing. Within the centre the codes tend to reflect points of the compass; further out they reflect the initials of the key towns.

The range of places of interest and the wealth and poverty in London are probably represented to many people by the Monopoly board game – originally from 1935 – so not completely up to date.

In 1884 London became the officially agreed “centre of the world” when the prime meridian was agreed – at Greenwich – from where ships had set their timepieces to deal with longitude; and ultimately leading to GPS on which many modern project managers depend.

London is in the United Kingdom where the main language is English; and there are over 200 other languages spoken in London – or possibly over 300; Bengali and Polish follow English in popularity at present.  In London 78% of people speak English as their main language, 20% speak English well or fairly well, 3.5% not well and 0.5% not at all.  These proportions vary considerably across the London area with ethnic occupations and concentrations.  Translations are available into some other European languages at selected locations and systems; as well as many translation applications on hand-held electronic devises.  For project managers the English language for project management can be appraised from the APM Glossary of Terms – www.apm.org.uk>glossary .

And there are the ongoing trials to establish a universal greeting for project managers at www.bistamundi.com.

London has its own accents in English such as in South (Sarrf) London, Estuary English and Cockney Rhyming Slang – for example where Barnet (fair) equates to hair.  London accented speakers include such as Michael Caine – in some of his films; Adele when speaking rather than singing; but probably not Dick van Dyke in the Mary Poppins film.  London taxi drivers can reflect most accents and dialects.

There is not much Morris Dancing in London; and only a few people dress as Pearly Kings and Queens. But they can be seen each year at the Harvest Festival in the City.

In times gone by it was believed that the streets of London were paved with gold. This has never been true and for several centuries they were covered with something quite different.

The primary features and characteristics of London have been formed largely in the late Victorian period or the second half of the 19th century – and are reflected in this omnibus collection.  Key factors included: the amazing population growth from 2 million to 6 million in one hundred years; facilitated by brand new transport means and truly new urban infrastructure; with the products, services and trade of the Industrial Revolution; a growing, educated middle class – with leisure time and disposable income; London being the capital of the United Kingdom and of the British Empire; plus developments to government, social systems and welfare services, education, science, arts and culture arising from and contributing to such prosperity.

This period saw development of many of the modern ways of working and living we see today around the world – as developed or adapted in London. It was a period of amazing change; and change is delivered through projects. So it may be said that many of the features of project management were consolidated in this period, in London, for “project managers” who were pioneers, inventors, innovators, entrepreneurs, engineers – with determination, dedication and focus. Many aspects were new or novel – hence there were trials, difficulties, reservations, objections and failures.  Some projects took longer than initially predicted; some cost more than anticipated or could be afforded; and yet some are delivering benefits for many more years than expected for later generations.  This period of prosperity, with adversities being overcome, provided a confident and optimistic culture and outlook in Londoners which has continued to the current day.

The established institutions in London including such as the Bar or legal professions, the church, the civil services and Central Government itself remain essentially Victorian in their constitutions and outlooks.  It has been said that London demonstrates enterprise with ingenuity, high courage with low cunning, determination and optimism, administrative skills with political bluff.  These are all parts of the legacy in London of the Victorian age – including the proliferation of the English language across the world – including frequently in the world of projects and project management.

London is particularly strong on pageantry. Some of it is static as buildings, displays, monuments. But much of it is mobile and spectacular – with processions, parades, festivals and events – with pomp, ceremony and music. These include for monarchy, government, civic, military, religious, social, entertainment, celebrations and in combinations.

London is forever changing. The River Thames flows constantly – with high and low tides twice a day. The weather changes every day.  The seasons affect everyone and everything.  New ideas, fashions, entertainment and architecture arise, live for a while and then die away.  London is forever changing. For many people these features make London a great place to live, work, study and visit. 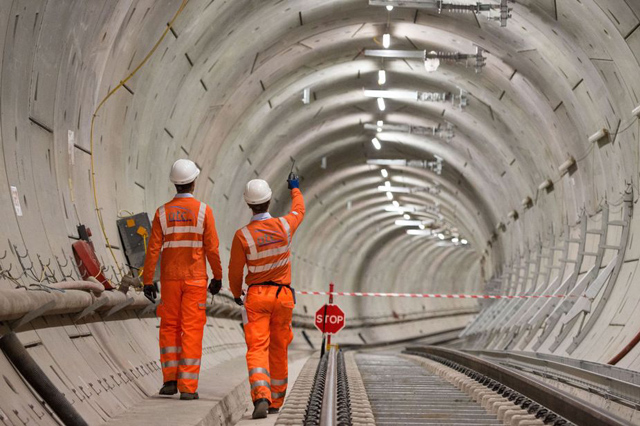 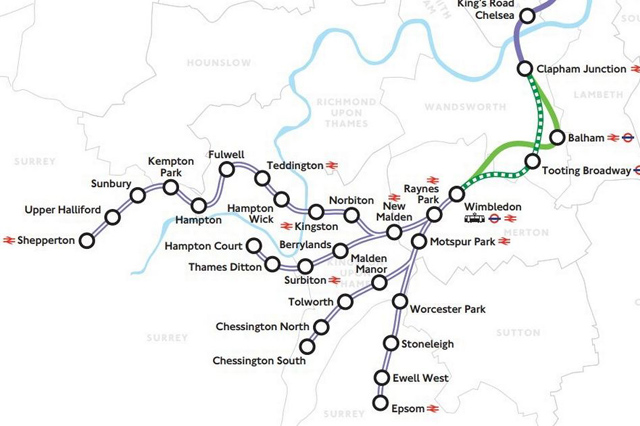 HS2 from Euston to Birmingham 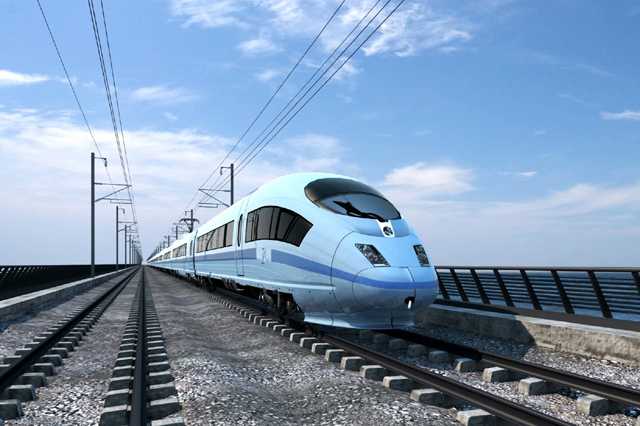 Tideway - to upgrade sewers after 150 years 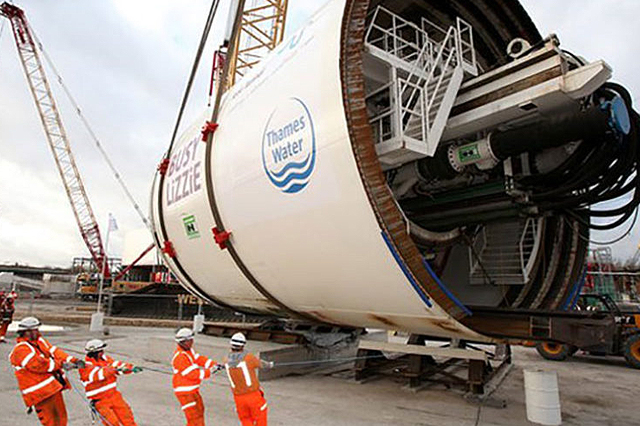 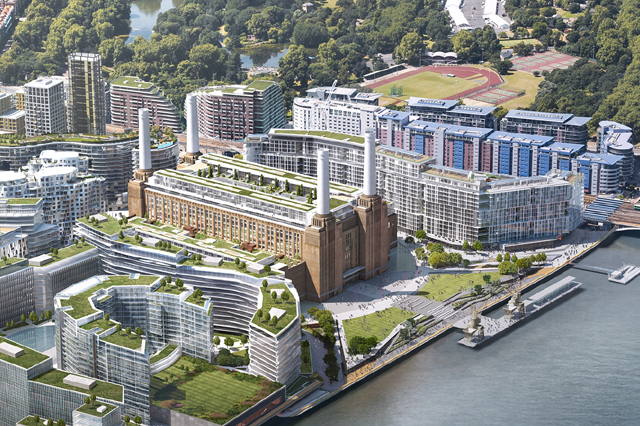 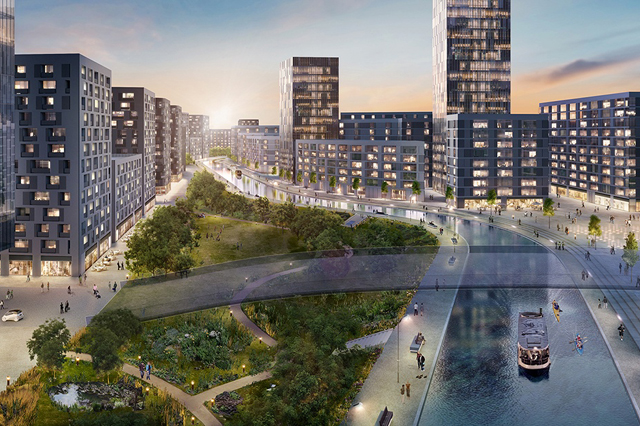 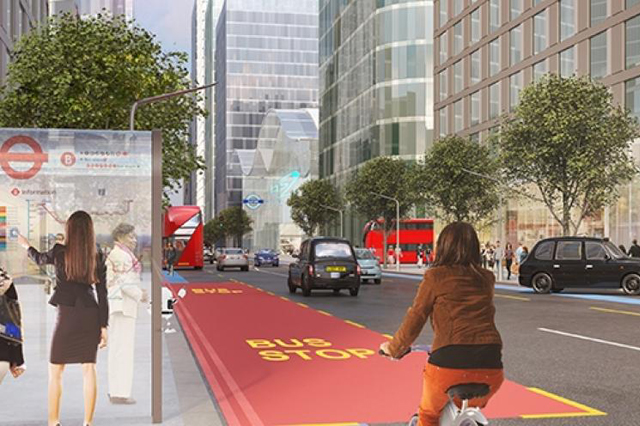 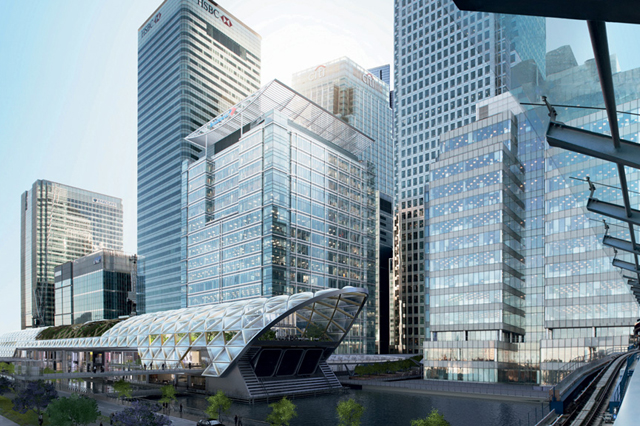 Refurbishment of the Houses of Parliament 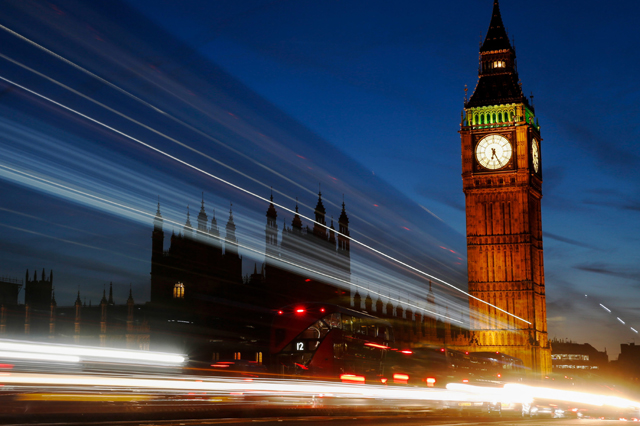 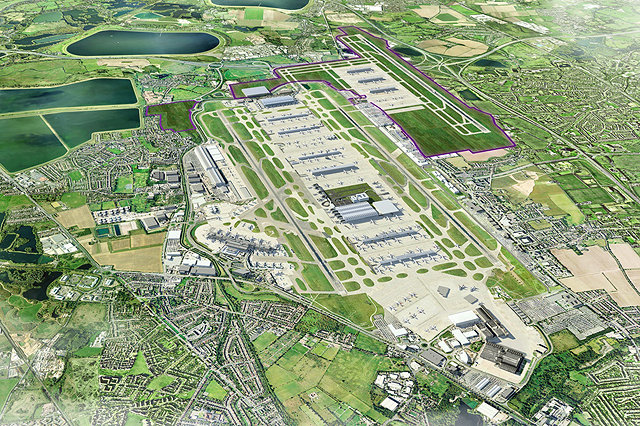