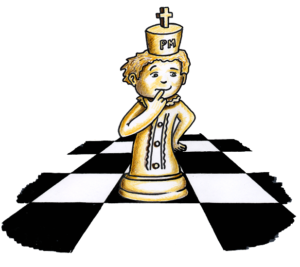 Sometimes it is better to travel than to arrive. For people in project communities this can be very true. There can be enjoyment, satisfaction and achievement within and across the project stages, as well as, or instead of, at the final destination. That is despite, or as well as, possible lessons learned exercises, results, feedback and official or unofficial celebrations. In fact project managers and project team members may have moved on to other opportunities and situations before the project is fully completed and / or the benefits realised.

So this section is about journeys, tours and movement which are to be encouraged, savoured and appreciated just in themselves – when in London – with some time to spare.

Naturally along the way some of the destinations, stage points or milestones may be significant or even magnificent – and worth a visit inside or for a while (see Section on Places to Visit – for Project Managers – in the menu) – and so in this journey linear movement may be interpreted for visits briefly, in depth or passed by – to maintain momentum on the journey.

Just as on projects so it is with these PM tours in London. There will be distractions, variations, difficulties in keeping the group together, on the route, focussed and awake to achieve the targets – hopefully on time and within budget.

London has many pre-arranged trips; and special trips with guides can also be readily arranged. Transport forms for trips can include:  walking;  cycling;  public and private (open top) buses / coaches;  cars, taxis (black cabs), mini-cabs, Uber;  plus on rail as trains, underground, light railways and trams;  on rivers and canals;  via helicopters and aeroplanes;  cable cars and big wheels;  and obviously in combinations; and by day and by night.

London Walks (www.walks.com) is an organisation with an enthusiastic collection of guides covering a wide range of walks pre-organised and timed – at £10 per person plus travel costs and some entry fees; for every day of the week and weekends; plus private bookings for groups; plus day trips and seasonal visits; with foreign language guides by arrangement.

The web is full of specific prearranged trips and facilities for bookings of possible interests to project managers such as: Royal Opera House tours; Albert Hall tours; Barbican Architectural Tours; Sports Stadia tours photography tours; and many others. Tourist buses with pre-recorded or live commentaries can be useful and interesting – and relatively expensive.

Guide books on this theme include “Escape London” by Yolanda Zappateria – days out within easy reach of London – Francis Lincoln – £9.99.

Here are a few sample routes for walks and tours which have project and project management features.  Trips that are self-organised, focussed to personal interests and well arranged in advance can be the best value for money, flexibility and enjoyment.

And more tours – most with charges or fares.

High points
Project managers like to have a high level view of what is before or ahead of them, and possibly what is past or behind them. Remember, as they say on an aircraft: “Your nearest exit may be behind you”. As well as protected views (see section on Protected views on site map) there are high points with views to take in London from above including:
Protected Views

London is fortunate to have arrangements to protect certain views and vistas of panoramas, river prospects, linear views and townscapes in and across London which are open to the public and are worth a visit to take in the views and appreciate the city – as long as the weather is agreeable. There are 27 cherished views and 13 protected vistas.

For illustrations of these views please see pages 68 to 73 of “London The Information Capital” by James Cheshire and Oliver Uberti.

One of the key skills for project managers is to be able to identify what is missing, forgotten or lost.

What is not happening – as well as what is happening?

What is missing from the Statement of Requirements (SoR) at the beginning or at Practical Completion (PC) at the end?

So for inspirations and stimulations for such skills let’s look around London and see what might be missing or lost.

Lost – as in taken away.

Much of the fabric of Roman London still existed up to 1700 and then was “taken away” in improvements; although much of it was not taken too far away being incorporated in buildings nearby and on Roman foundations.
Much of the poor quality 19th Century housing has been demolished and taken away – quite rightly. Although what replaced them – as tower blocks and new towns have had their own issues.
Bomb damage and fires from the Second World War decimated some whole areas of London and impacted many others.
The Crystal Palace from the Great Exhibition of 1850s, relocated to South London and which was destroyed by fire in 1936 was a great loss.
Church bells were a prevalent sound for centuries in a noisy city including for time keeping and curfews but have largely disappeared.
For many years horses were the key transport devise – for passengers and commerce – although walking was more common. Reminders are available with occasional water troughs, the horse hospital, mews for coach houses and stables, the Blues and Royals, occasional mounted police, horse drawn brewers drays for beer, horse drawn funeral corteges, the ride in Hyde Park, royal carriages for state occasions, pub names, etc..
It is difficult to believe that London was the largest port in the world just over one hundred years ago. There is very little active evidence in operation. The port functions for commerce have moved to Tilbury and elsewhere; and for passengers to airports.

Lost – as in hidden.

The many “lost rivers” of London are still there and flowing into the River Thames – over twenty. They have just been covered over with streets and buildings; or are features in parks such as the Westbourne River flowing through the Serpentine in Hyde Park.  To get a feeling of the river courses one can stand on Holborn Viaduct to see the River Fleet valley north and south.

Many of the natural geographical features of London have been lost. The low lying marshy areas which were liable to river flooding have been drained, reclaimed and occupied at Clapham, Pimlico, Battersea, Southwark, Lambeth and Lea Valley. The excavated materials from the docks have been used to build up and level off other areas.  The River Thames has been narrowed by embankments.

The current street levels in the City centre are well above those of Roman Times as layers of development have been added one on top of another across the centuries. This may be seen at the Guildhall.

Information and news may have been hidden – such as the Silvertown TNT explosion in January 1917 or the impact of the Blitz on London in 1940s.

Also London has world leading archaeological expertise – as may be seen with the recent Crossrail excavations and at Museum of London and many local museums.  This can be dangerous work with unexploded ordnance and plague pits.

Some valuable buildings and heritage has been taken away over the years such as the 19th century Doric style Euston Arch (1837-1961), the Coal Exchange, elements of the Festival of Britain from the 1950s, the Commonwealth Institute, the Firestone Building in art deco, the Lyons tea shops and corner houses.
However many remain to provide a rich tapestry of physical heritage greatly aided by the approach to Listings of buildings. Changes of use, refurbishment and conservation techniques are all assisting in these matters as indications of the “circular economy”.
By way of a particular example the chains from the Hungerford Bridge by I.K.Brunel were dismantled in 1860 to be reused on the Clifton Suspension Bridge in Bristol.

Lost – as in never happened.

There have been many great proposals for London – and many others which were not-so-good. Many did not get out of the conceptual stage while others advanced a long way – and then were abandoned.
Recent examples might include – a new airport on “Boris Island” in the Thames Estuary; an NHS patient database; the Garden Bridge; a traffic free Oxford Street.

There have been grand master plans for London – following the Great Fire of London in 1666 through to post war rebuilding. Recently there have been master plans from eminent Architects such as Terry Farrell, Norman Foster and Richard Rogers.
As with all master plans even the ones which are adopted are not always fully implemented; such as the whole of the post-war Abercrombie Plan; or the North Circular and South Circular Roads; or the more recent, yet ongoing, Elizabeth Olympic Park proposals. It will be interesting to see if the twelve cycle super highways will be completed or fewer or more. Further information is available at the TfL website.

The really extensive tram and trolleybus systems with their infrastructure installations were replaced by bus services.
A few iconic red telephone boxes are retained as tourist attractions or as plant holders since being made redundant by mobile phones.
Ticket offices at Underground stations have been closed with the use of ticket vending machinery.
Loss of privacy arises from CCTV cameras everywhere – and reduces terrorism, crime and safety concerns.
Central London use to be a very noisy place with sounds 24/7 from traffic, work, living and leisure. This has all changed to a much quieter ambiance. People travelling on buses, tubes and trains are universally silent – unless they are tourists. Newspaper vendors do not shout the latest news on street corners to promote their journals. Conversation has been lost to handheld mobile devises. Electric cars are more prevalent. Everyone is aware of or sensitive to sound and air pollution. Much of this is being addressed through projects.

Refurbishment is a constant theme in London as a city on the move – sometimes to their original purposes. Take Covent Garden as an example. From open fields an elegant open square with prestigious houses was constructed in 1630’s. With the arrival and life of the fruit and vegetable market the area changed respectability and went downhill. Then since the market moved to Nine Elms the area has risen again with continental style pavement cafes, market stalls, buskers and street entertainers; with adjacent opera house, theatres, museums and shopping – found again.